Our new kitchen composter that will be launched in October, Bokashi Organko 2 Ocean, is made from recycled fishing nets. But what are fishing nets anyway? Can we even imagine how much danger they pose to the environment?

1. What are fishing nets and why do they pose a problem?

Waste fishing nets, also called ghost nets, are nets that have been discarded into the depths of the sea. Even though they no longer serve people, they still hunt and kill entangled animals. They catch millions of animals every year, and those that get stuck can no longer escape and eventually suffocate. Fishing nets not only pose a threat to marine animals but are also a major threat to those on land.

According to the latest research, fishing nets represent 30-50 % of all plastic in the ocean. As much as 46 % of the waste in the Great Pacific Garbage Patch are fishing nets. Its size can be quite hard to imagine from our point of view, but in reality, this dirty island in the middle of the Pacific is more than 4 times larger than Germany and is made of 80.000 metric tons of plastic!

2. How do fishing nets fall into the ocean?

Fishing nets fall into the ocean due to several different reasons as a result of unregulated fishing practices.

3. Fishing nets were not always made of plastic

For centuries, fishing nets had been produced from natural materials such as hemp, sisal, and linen. However, in the last few decades production has shifted towards plastic. Due to the nature of the material, these new fishing nets now pose a danger to the environment for a longer period of time. Instead of decomposing, plastic in the sea breaks down into small particles, also known as microplastic, that animals ingest, and in the end, so do we once we consume seafood.

It is time to use plastic that already exists in order to make new plastic products. We need to turn it around and give it a new purpose. With the new Bokashi Organko 2 Ocean, we do just that – we breathe new life into something that no longer has any purpose.

This way, we are not only fighting the consequences of pollution with fishing nets, but also the cause. By using granules, which are formed by special plants by manually picking fishing nets from the shores, we prevent them from ending up in the oceans. 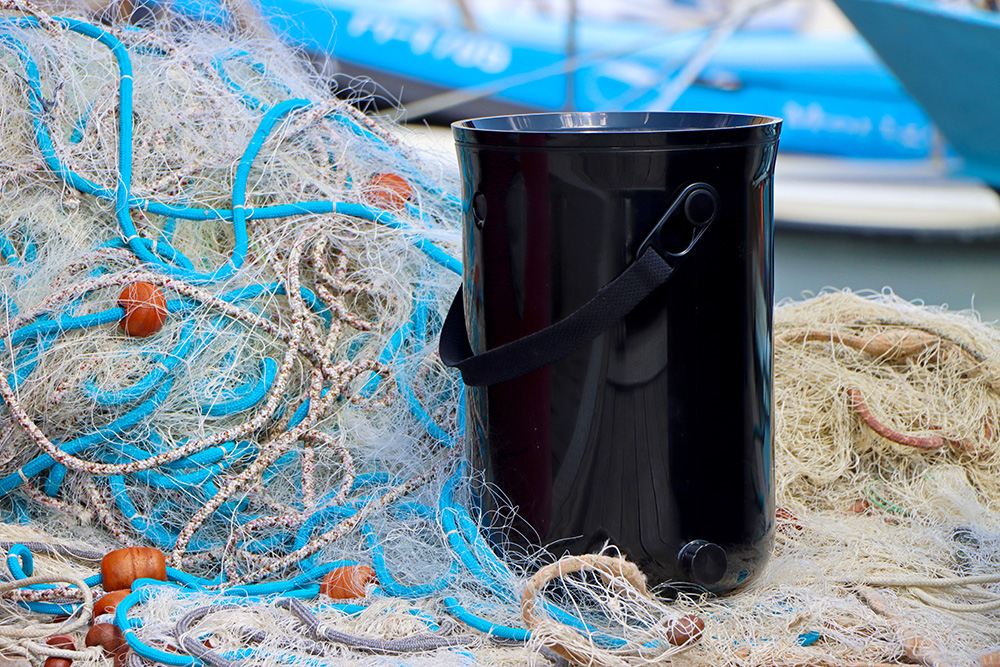 Before you eat seafood, find out what its path to your plate was like. WWF’s website is an excellent starting point.

Discuss the problem with others! Have you ever wondered how many people are not even aware of the issue that discarded fishing nets pose?

Support projects that donate to organizations whose mission is to clean the oceans. For every Bokashi Organko 2 Ocean sold, we donate 2 EUR to an institution that cleans the ocean of plastic waste and discarded fishing nets.

Have you noticed a discarded fishing net? Pick it up and throw it in the trash. You know the phrase about small steps and big changes, right?

Beautiful garden with almost no effort: secrets of creating a close-to-nature garden

When is Bokashi soil ready to use?

Why does my Bokashi bin smell?

Composting at home? Easier than ever!